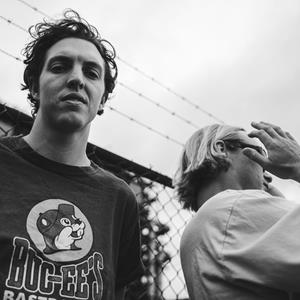 Hockey Dad
All Hockey Dad performances
Hockey Dad will be touring in the UK and Europe for the first time since prior to the pandemic, and will play their #2 ARIA Charting album 'Brain Candy' live for the first time, alongside a slew of new tracks they've been working on.Taking emerging Australian act Dust along with them, they'll be playing shows in Brighton, Hasselt, Rotterdam, Berlin, Cologne, Birmingham, Glasgow, Norwich, London and many more along their 21 date tour.

Recently the band celebrated a couple of huge sales milestones with their songs ?Seaweed' hitting Platinum certification and ?Join The Club' and ?I Need A Woman' both hitting Gold status. With ?T's To Cross' released and work on album four well underway, Hockey Dad are in the zone and excited for the new music to come.

This event is for 18 and over - No refunds will be issued for under 18s.